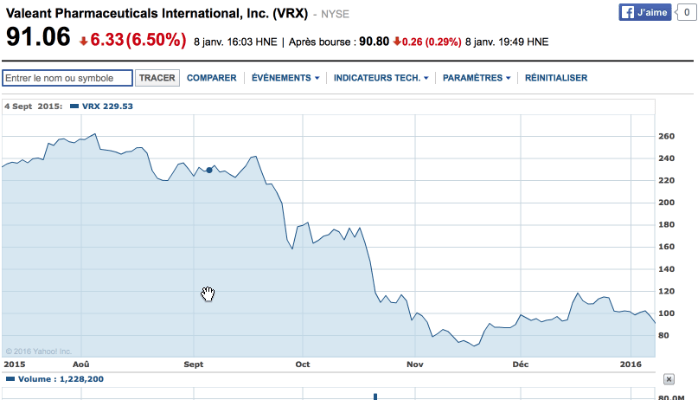 CEO health: critical communication lessons from the cases of Apple, Berkshire Hathaway, and the recent case of Valeant

The president of the United States has historically shared his annual medical report publicly, confirming that he is fit for office. In doing so, he displays a rather uncommon level of proactive transparency when compared to other world leaders.
To the other extreme of the disclosure spectrum, French president Francois Mitterrand famously completed his second six-year term (1988-1995) secretly fighting cancer. It was later revealed that Mitterrand was already aware of his condition in the early 1980’s.

The different cases of Apple and Berkshire Hathaway

But what about the health disclosure practices of CEOs of publicly traded companies? Everybody remembers the difficult situation that Apple company officials faced when asked to comment on the Company’s then-CEO and co-founder Steve Jobs’ heath status.

Apple spokespeople waited almost a year to disclose Jobs’ 2003 cancer diagnostic (finally made public in August 2004) and later underplayed rumours of a relapse, blaming his severe weight loss in June 2008 on a “common bug’’ and in January 2009 on a ‘’hormone imbalance’’, just days before he announced a medical leave of absence the same month.

A very different example of executive health disclosure was the 2012 announcement by Berkshire Hathaway CEO and star-investor Warren Buffett revealing that he had received an early-stage prostate cancer diagnostic and was undergoing chemotherapy treatments. In making that announcement early after receiving his diagnostic, he reinforced the level of confidence of his investors and was able to keep control of the message. But above all, he was able to stop any ongoing or future rumours or speculations of a potentially more serious and life-threatening illness.

Unfortunately for investors, Warren Buffett’s example of transparency and communication proactivity in that matter represent an exception. From former Sara Lee Chairman and CEO Brenda Barnes to Charlie Bell, CEO of McDonald’s, the number of recent Apple-like examples abound.

Beyond transparency, the real underlying issue is the ability for public corporations to overcome the distraction and turbulence faced by an unexpected temporary or permanent medical-related change in leadership. Maintaining a high level of investor confidence towards the company’s strategy and in its ability to efficiently execute it is the core challenge.

In the last few weeks, the CEO of the Québec-based pharmaceutical company Valeant (TSX/NYSE: VRX), Michael Pearson, was hospitalized suffering from a severe case of pneumonia according to an official company press release. Upon his decision to step aside temporarily, Valeant announced that a trio of company executives would together assume the interim, sending the company’s stock price in Canada down 9 percent, a single-day loss of approximately $US 3.5 billion in market capitalization. Earlier this week, the Company announced the nomination of its CFO, Howard B. Schiller, as interim CEO, driving the stock price in Canada down another 11 percent in the following two days.

The high-investor sensitivity to Michael Pearson’s health status is in large part explained by his announcement, on October 19, 2015, that significant strategic changes would be made to Valeant’s business strategy. Because Valeant’s strategic realignment is an initiative for which he was himself clearly identified as being responsible for – his leave of absence created a greater level of uncertainty.

What can companies do about it?

While the investor community would most certainly welcome a more proactive and transparent disclosure of the medical condition of Chief Executive Officers, the cases of Apple, Berkshire Hathaway, Valeant and others offer a unique lesson to public corporations on the importance to build confidence from shareholders – and every other company stakeholder – through efficient proactive and transparent communication, most particularly over strategy and execution.

When it comes to investor relations, communicating a company’s strategy is not only a nice to have, but also an absolute necessity. A recent joint Said Business School, Oxford University and Peking University research published in the Harvard Business Review demonstrated the extent to which companies are rewarded for discussing their strategy externally. And the earlier the better, says the research.

We believed that over and above the key importance of proactive communication on strategy in building stakeholder confidence, ensuring that it is communicated jointly by a few members of the senior leadership team – as opposed to by the CEO alone – is crucial to build larger-scale confidence.

This proves even more important when an unexpected illness forces the CEO to take a leave of absence. Having a group of company executives that investors have come to know, respect and trust, enables a much greater sense of confidence, lower uncertainty and, in turn, to an overall higher level of stability.

Net – head of state or CEO, the fundamental communication principles for best practice in building trust and confidence remain the same.