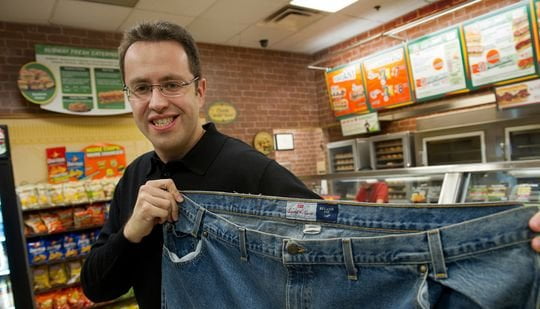 Subway Guy: The Power and Perils of Brand Ambassadors

Wednesday in a US Federal Court, Jared Fogle, better known as the Subway Guy, pleaded guilty to possession of child pornography and travelling to pay for sex with minors.

What had began fifteen years ago as a fantastic opportunity for Subway to position itself as a healthier fast-food alternative turned into a branding nightmare on July 7 when FBI agents visited Fogle’s Indianapolis home to seize documents and electronic files.

Immediately after the investigation was made public, Subway officials were quoted saying they were ‘’shocked about the news’’ and immediately suspended their association to Jared. Jared’s pictures were immediately removed from the Subway site and the Jared Foundation website went dark.

Contrary to what most would intuitively believe, the loss of Subway’s spokesperson may not harm the restaurant chain’s reputation, given in large part to the rapid and efficient response by Subway. Yet, this experience, along with that of Nike with Lance Armstrong and Oscar Pistorius in recent years, teaches brands a number of important lessons when it comes to hiring and working with a brand ambassador…

What goes up too fast sometimes goes down faster: What brands can do about it

Completely insulating risks of an association between a brand and an individual spokesperson is impossible. Spokespersons are human beings, with their strengths and weaknesses. As such, thorough research is an absolute must and while it doesn’t protect against all future issues, it often reveals personality attributes or past experiences to which a brand will not risk being associated or exposed.

Another key consideration is that very long-term associations are sometimes known not to end well. Hertz had O.J. Simpson as spokesperson for 18 years and Jell-O had Bill Cosby as its ambassador for 30-years – holding the record for the longest service celebrity spokesperson for a product in the United States.

Even if crises of this magnitude are fortunately not the norm, they still do occur rather often. And when they don’t, most long-term associations still vanish in impact and resonance with new generations of customers over time.

Keeping such associations to short-term, renewable partnerships is certainly advisable. Not only does it limit a brand’s risk exposure but it also forces it to continually rethink and readjust its strategy to remain relevant and impactful.

Fogle’s case also reminds brands of the importance of having a Plan B ready to go. Whether this implies hiring a group of brand ambassadors rather than a single one or a completely different strategy depends upon each brand strategist and their agencies, but not having a fall-back plan could mean months without marketing direction – an entirely different, yet still very important source of risk.

When all these considerations are not enough and a crisis situation occurs, acting decisively and quickly is the way to go and that’s precisely what Subway did. Immediately suspending association (upon charges and until conviction) and removing or taking off-air all marketing materials is the best way to limit reputational damage, if not eliminate it altogether.